To answer the question “what is mace” involves discussing its sister spice, nutmeg. They both are products of the nutmeg tree, or Myristica fragrans, which is indigenous to Moluccas (Also referred to as Spice Islands) off the Indonesian coast. Today the trees are cultivated in other areas of Indonesia and also the West Indies. 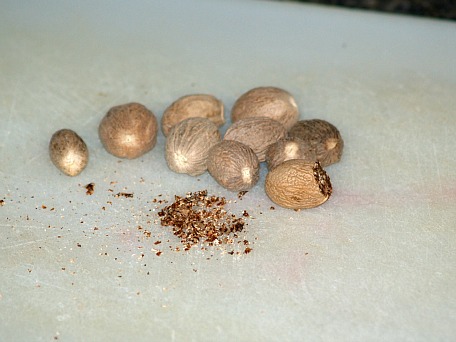 So what is nutmeg? It is the actual seed from the nutmeg tree while mace is the covering of the seed. Nutmeg can be purchased whole or ground; one whole nutmeg yields about 1 tablespoon of ground. The covering (or mace) is removed by hand during the harvesting process. These related spices are considered to be interchangeable since they both have a warm, spicy flavor with mace having a more subtle taste. 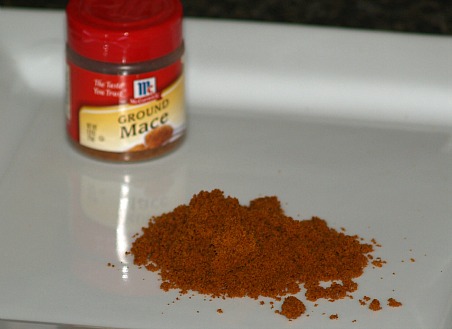 In asking the question “what is mace”, historically speaking, mace has been the more valuable spice since a smaller quantity of it is yielded from the harvest. Flattened and dried in pieces called blades, the aroma of the spice evolves during the two week curing process. Both spices were valuable cargoes for Arab traders who imported them into Europe during the Middle Ages. In these early European times one pound of mace had the equivalent value of three sheep.

What is Mace in Cooking

Often used in conjunction with cinnamon and allspice, mace can be employed to flavor cakes, donuts, and other pastries. An ingredient of Worcestershire sauce, this spice is also used to add zest to meats, broths, mashed potatoes, stews, and sauces. Mace needs to be ground into a powder for the full flavor of the spice to be appreciated and it should be one of the first ingredients added in any recipe to allow this flavor to infuse into the food. Also used in pickling, the blades may be used instead of powder but should be removed from the dish before it is served.

Usually interchangeable with mace, nutmeg characteristically flavors pies, cakes, eggnog, and cookies. It can also be used in soups and egg dishes as well as certain bland vegetables such as cabbage. Eastern European and Middle Eastern recipes call for nutmeg to season various lamb dishes. Almost all cuisines around the world use either nutmeg or mace (or both) in their recipes.

Even though mace has been considered by many the most valuable, I added ground nutmeg to my kitchen very early in my culinary life. I have far more recipes in which I use nutmeg than I do mace. This is not to say that I do not use mace; I find it very valuable in my cooking. I love the flavor of both but nutmeg is a little stronger adding “zip” to many recipes, especially baked goods and other sweets. In recent years I have started purchasing whole nutmeg and grating it myself; this flavor is “Extra special”.

What is Mace in Medicine

The ancient Arabic world used mace for its supposed aphrodisiac effects. It was also used at various times to ameliorate the muscle and joint pains. Both nutmeg and mace evoke hallucinogenic effects if taken in large quantities which can be fatal. It has also been used as an aid to digestion and treatment for diarrhea.

What is mace and nutmeg? Summary

What is mace and how does it relate to nutmeg is simply answered; they are sister spices from the same tree similar in flavor. Both are needed if you do much cooking. They each add a warm aromatic flavor to a multitude of dishes.

Drop by spoonfuls into hot oil until browned; drain on paper towels.

What is mace? See if you can detect the extra flavor it adds to this sweet potato recipe.

Blend in milk and butter; pour into buttered casserole dish.

APPLE DUMPLINGS RECIPE with pineapple sauce (All with nutmeg)

Sift flour and salt together; cut in shortening until coarse crumbs.

Turn out onto a floured board and roll ¼ inch thick; cut dough into 5 inch squares.

Peel apples and cut each in eights; cut out core.

Place about 6 pieces of apples on each square of dough.

Sprinkle generously with sugar, cinnamon and nutmeg; dot with bits of butter.

Fold corners of dough to center and pinch edges together securely.

Bake until pastry is brown and apples are tender (45 to 50 min); serve warm with cream.

Cook sugar, pineapple juice, butter and spices in a saucepan until slightly thick.

Remove from heat and add nuts; apple dumplings to serve 6 to 8.

Find out what is mace in this delicious steamed pudding recipe.

Sift flour and then measure; sift three times with soda, salt and spices.

Blend in remaining ingredients; spoon into a well greased pan and cover tightly.

Steam in a larger pan with water for three hours; serve with favorite dessert sauce.

What is mace in this recipe? It is a mild flavorful spice which works well with the fruit and other spice.

Cook apples until tender; add raisins, nuts and half of the sugar; set off to cool.

In separate bowl sift together flour with baking soda and spices.

Dump batter into prepared pan; bake about 1 hour or until pick comes out clean.