What is paprika? Many think of this red or brown spice more of a garnish than a flavor enhancer. It is made by grinding the dry pods of chili and bell peppers into a fine powder. It actually does add flavor to your recipes. Depending on the type of peppers used, it can be mild or spicy hot. In the United States most of the paprika is made from sweet red peppers, often called the tomato pepper. This paprika is very mild but others like Mexican and Hungarian are more spicy. 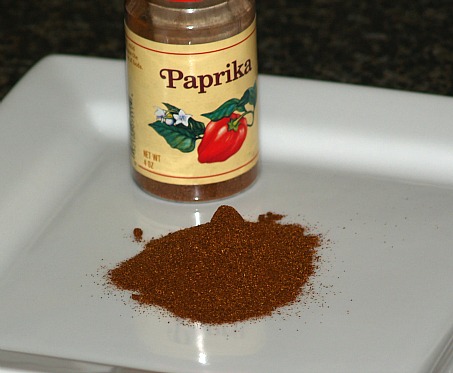 Peppers used in making paprika can be grown in personal gardens after transplanting the seedlings that have grown for about seven weeks indoors. They require warm weather so it is recommended to wait until the end of May before putting them outside. Paprika pepper plants need to be kept moist but refrain from overwatering as this will stunt their growth.

Once peppers are mature, they should be dried out in sunlight before grinding into paprika powder, or placed in a dehydrator for quicker processing. When the pods are brittle, you can put the peppers in plastic baggies and store them in your freezer until you desire some freshly ground paprika.

What Is Paprika Used For When Cooking?

Overseas paprika is frequently used in a variety of Turkish, Spanish and Portuguese recipes such as Spanish meat chorizos and Hungarian goulash. When a food is heated which contains paprika, this heat activates paprika's flavor and color. However, if paprika is merely sprinkled on top of food, then its taste will not be discernible and its color will remain the same. If you want the flavor of paprika to emerge in a dish, make sure it is baked or cooked on the stove in order to release paprika's distinctive flavor. After all, what is paprika unless you can also taste it?


What is Paprika's Health Benefits?

Paprika peppers are high in vitamin C, much higher than lemon juice which contains a whopping 46 milligrams of vitamin C in 100 milligrams. This spice also provides generous amounts of antioxidants, beneficial in preventing cell damage, which can lead to premature aging and the health difficulties that occur because of natural aging. It has also been used as an antibacterial agent for scrapes, cuts and insect bites. In addition, paprika and its associated peppers may reduce high blood pressure if consumed in moderate quantities.

If you have leftover turkey just sitting in your refrigerator, try salvaging it by creating this tasty casserole using paprika:

Preheat the oven to 350° Fahrenheit.

Sauté mushrooms, stir in milk and flour, and bring the mixture to a boil.

Then add the mushrooms and any salt or pepper you may want.

Add the celery seed to noodles and cover half of a greased casserole dish with this.

Top it off with your leftover turkey and 1/2 of the mushroom sauce, then add the rest of the noodles.

With what sauce you have remaining, cover the casserole and sprinkle generously with paprika and filberts.

Bake for about 40 minutes or until it has been thoroughly heated.

Cover skillet tightly and simmer until juices are extracted about 15 minutes.

Add water, cover and cook 45 to 60 minutes until chicken is tender.

What is paprika used for in cancer research? Scientists have conducted clinical trials regarding paprika's ability to inhibit certain kinds of cancer, which has shown that the carotenoid contained in paprika may actually reduce the risk of cervical and lung cancer. In addition, paprika contains zeaxanthin, a component which might be valuable in inhibiting macular degeneration because it has the ability to eliminate free radicals located in the retina.