How to Make Easy Cheesecake Recipes

I was trying to learn how to make easy cheesecake recipes when I first started making cheesecakes. I had never tasted this creamy dessert before but I had heard from so many who really liked the flavor. You must remember that back then we did not have the fancy ones like my ultimate cheesecake or even the amaretto cheesecake selection that we do today.

This one is baked in a pie pan like the cream cheese pie recipes. This was one reason why I could make it because back then I didn’t own a spring form pan. It can also be baked in a pre-made graham cracker crust which makes it easy. Even back then those were available. Can you believe that? When I learned how to make this cheesecake, my husband ate the whole thing right from the pan.

Today we have a large selection of easy cheesecake recipes available to us to make; even chocolate recipes and many others. It seems new ones are available every day.  It is quite easy when you can assemble the entire recipe and it require (no baking) at all. There are quite a few of those.

Other recipes include premixed products like cake mixes, refrigerator cookie dough, already baked cookies and pre-made cakes to use for the crust; some of the delicious tiramisu recipes use baked ladyfingers. Many of the fillings are basic and simple; to brighten them up when serving a variety of canned pie fillings will do the trick.

NOTE: An easy way to make cookie crumbs for your recipes, put cookies into plastic bag and run a rolling pin back and forth until they are crumbs.

How to Make a Graham Cracker Crust Recipe:

This is another one of the simple and easy cheesecake recipes. It is larger than the first but very easy to make; it doesn’t need a crust,

Preheat oven to 350F degrees; butter 9 inch spring form pan and dust with flour.
Combine all ingredients in a large mixing bowl; beat until light and creamy.
Put cream cheese mixture in prepared pan; bake 20 minutes until top is light brown.
Remove from oven and cool for 30 minutes at room temperature.
Refrigerate until cold before removing sides and serving.

This is another of the classic easy cheesecake recipes but this one is baked in a spring form pan.

Preheat oven to 350F degrees.
Combine crumbs and butter; press in bottom of 9 inch spring form pan.
Beat cheese until fluffy in a large mixing bowl.
Gradually beat in sweetened condensed milk until smooth.
Beat in eggs, sour cream and vanilla until smooth;
Pour into prepared pan; bake 50 to 55 minutes or until lightly brown around edges.
Center of cheesecake will be slightly soft; cool to room temperature.
Refrigerator until cold; remove side of pan just before serving. 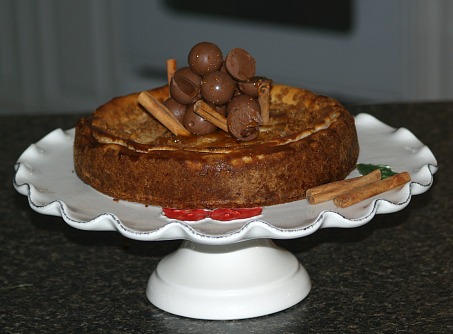 This is an easy cheesecake recipe since it has a simple graham cracker crust and very few steps in its preparation! 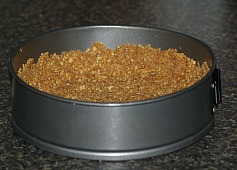 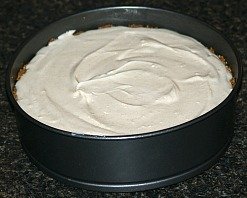 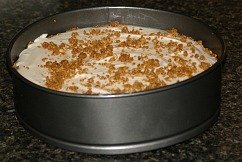 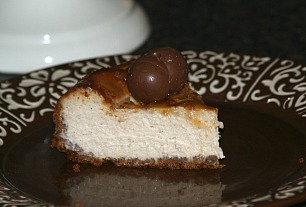 Beat cream cheese and sugar until smooth; fold in the Cool Whip.

Beat in the lemon juice and vanilla; pour into crust and chill 2 to 3 hours.

Spread pie filling over the top; refrigerate until ready to serve.

Combine and beat the filling ingredients; pour over the crust without touching the sides.

Bake 25 minutes or until light brown and puffy on top (Will sink as it cools).

Cool to room temperature; refrigerate about 2 hours before serving.