How to Make Kimchi

Do you know how to make kimchi? Or do you even know what is kimchi? I had never heard of it up until a few months ago. All at once several people started telling me about it and how healthy it is for you to eat. 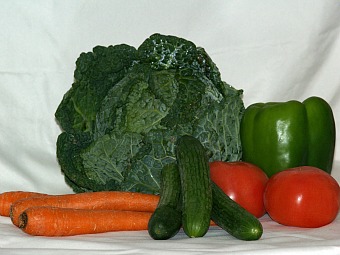 How to Make Kimchi

Since I am always interested in food, especially new products which I have never tried, I wanted to see for myself. I was instructed to go to the Pine Hills area of Orlando; there is a really nice Asian grocery store on West Colonial Drive. This is where I found a kimchi recipe in a jar.

Knowing how to make kimchi recipes is an important way of life in Korea; each person averages eating 40 pounds each year. It is the most famous food in all Korea having been around for some 3000 years. There are so many varieties of kimchi that there is even a museum in Seoul, Korea documenting many hundreds of different recipes. These recipes vary greatly in the ingredients used and the way kimchi recipes are put together. Different regions have their own basic recipes; there are also separate recipes for the different seasons of the year utilizing the seasonal vegetables.

After hearing so much about it, I wanted to learn how to make kimchi. I heard it is one of the very top healthiest foods in the world. It is very high in fiber, low in fat and full of vitamins that will kill off bacteria keeping your body healthier. (I do wonder which recipe is the healthy one since there are so many versions.) When I was at the Asian grocery in Orlando, I found it in a jar and I purchased it so I could see what is in it. When I opened my jar I found it to be much like a version of our sauerkraut, chopped and shredded cabbage but only spicier than what I was used to. I really like kraut and I like spicy foods so I do like kimchi. After trying my new product, I have talked to several people who are more familiar with kimchi recipes. 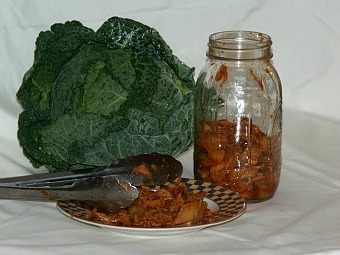 I asked several people how to make kimchi. It seems everyone has a different way of preparing it. Many of us think that our sauerkraut is only made with cabbage; the same is true of kimchi recipes. Like our kraut, kimchi recipes can be made with different types of cabbage plus many other ingredients like radishes, eggplant, kale, cucumbers, chili peppers, garlic and many spices. Although lettuce does not can well, many make kimchi and kraut with lettuce instead of cabbage. They usually wrapping chopped vegetables in the lettuce leaves as they sometimes do with cabbage.

One of my friends said she learned how to make kimchi with different seafoods. She also added that not all of it is fermented and not all of it is spicy. A lot of this flavor depends on what area you are from. The Northern part of Korea uses less salt and less spice; the Southern part uses much more salt and seasons more with hot spicy peppers. In parts of the South they also allow seafood to ferment and use it in their recipes. Kimchi recipes can be pickled, fermented or even eaten freshly made. Not only is this a dish by itself but it is used in many other dishes like soups, pancakes and in rice dishes as an important ingredient, also much like our sauerkraut. 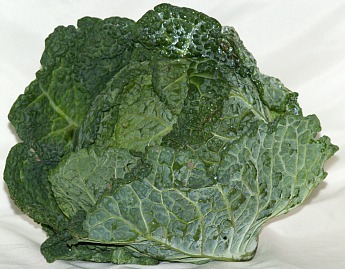 HOW TO MAKE KIMCHI using a simple kimchi recipe

What I like about learning to make kimchi is that it has no preservatives and chemicals in the homemade like what I have been purchasing. This recipe is very much like what I purchased but having a better flavor.

Combine onion, carrots, cabbage with salt in a large ceramic bowl or crock.

Open the jars once a day to let out the gases that build up.

Store in the refrigerator after this fermenting process; it will keep for several weeks.