How to Make Mincemeat Recipes

People learned how to make mincemeat recipes many centuries ago. They just might be some of the oldest recipes that we still enjoy today. I think they are losing their popularity even since I was young and certainly they have changed much over the years. Many foods that we eat today can be traced to our military serving in other countries and bringing these recipes home with them.

I am sure this may be how these recipes became so popular which is traced back to the thirteenth century in Britain. The Middle Eastern cooks are known to have mixed meat with fruits and spices in many of their dishes such as mincemeat. The crusaders are attributed to bringing this dish back and developing a sweet pie made from the mincemeat.

Whatever the origination, cooks learned how to make mincemeat recipes and they have been around a long time. My dad told of having the traditional homemade mincemeat as a child. He was not happy with what we bought from the grocery store without the meat. He said “If you ever learn how to make mincemeat, you will never eat the commercial kind again”; he was so right. The first of the following mincemeat recipes is for the old traditional one with meat; the second one is a newer version without meat. If you make either recipe and put it in pretty jars, it makes great holiday gift recipes.

HOW TO MAKE MINCEMEAT old fashioned way with meat

Place beef in a medium saucepan and cover with water. Bring to a boil and cook for 1 ½ hours or until tender. Remove meat from liquid and cool. Put meat in blender or processor and chop until fine. Place meat in a large kettle and add the suet, apples, dried and candied fruits, sugar, molasses, cinnamon, nutmeg, mace, salt, pepper and cider. Bring to a boil stirring occasionally. Add the sherry and brandy; simmer and stir for 30 minutes.

Pack into hot clean pint jars leaving ½ inch at the top. Adjust lids. Process in a pressure cooker at 10 pounds pressure for 20 minutes.

Can be frozen in 1 or 2 cups freezer size containers.

Mix all ingredients together and heat to boiling, stirring constantly for 10 minutes. 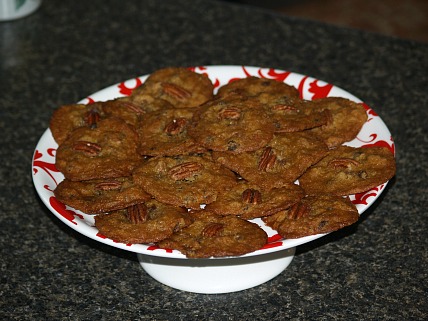 Beat shortening and butter in mixing bowl on high speed about 30 seconds to blend.
Add half of flour; add both sugars, eggs, soda, vanilla and mincemeat and blend well.
Stir in remaining flour; stir in chopped pecans.

Refrigerate 1 hour before baking
Drop dough by rounded teaspoon two inches apart on ungreased cookie sheet.
Top each cookie with a pecan half; bake 8 to 10 minutes until edges are golden.
Cool 1 minute on cookie sheet; move cookies to wire rack and cool completely. 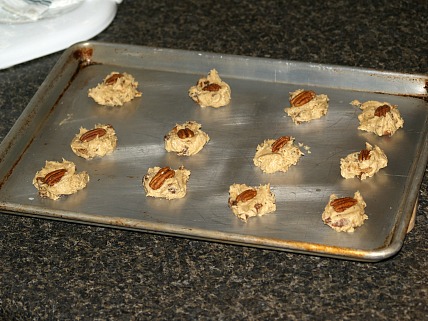